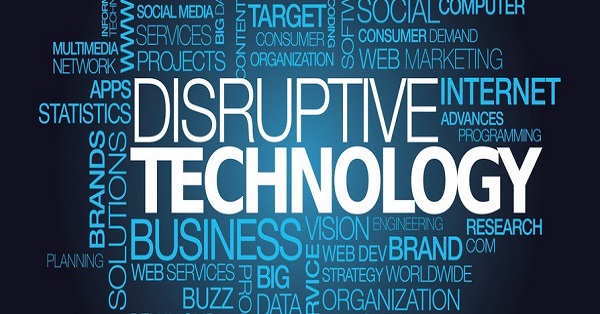 Exponentially changing and rapidly transforming technologies based on the advent of new developing innovations, the realization of past theories to practical form, mass & cost-effective production and evolving products with changes in an era where access to information is impending is a perfect catalyst for the induction of disruptive technologies at a much faster growth rate than ever.

Consequently, the upcoming or present time is much more prone to disruptive technologies, thereby bringing in a more competitive environment and making a transformation in every aspect of life much more necessary to survive than the past.

Disruptive technology is an evolution or innovation that causes a significant change in the market, business, industry, or consumers due to its superiority over past methodology, thus wiping off the old product demand. In this article, we will discuss some of the main disruptive technologies which are making strong enough waves to hit the market right now and would likely dominate very soon.

Have you ever seen the famous pictures of the famous 5th Avenue of New York City taken in 1900 vs. 1913? Can you spot the disruption?

Among some other examples, one of them is of Kodak, a top company in the field of photography with record profits in the year 2000 but ran into bankruptcy in 2012 due to obvious reasons for digital cameras and mobile phone cameras. Another example of disruption is that, in 1985, AT&T hired McKinsey & Co. to forecast cell phone adoption by the year 2000, and their prediction was 900,000 against the real number of users of 109 million. Wrong by the factor of 120!!!

From the above examples, we can infer some of the disruptive innovation traits that the problem is not well understood. Innovation causes overwhelming & game-changing results to have a new market. General customers don’t know about it. The market is unpredictable, and as a result, the traditional business method fails. It is a tipping point at which disruptive innovation impact is unleashed.

There can be many types of disruptive innovations in the respective fields. For instance, in the area of services, production, process, or business model, which can be caused due to disruptive technologies at their back end. Some of the key upcoming disruptive fields of technologies are as follows: 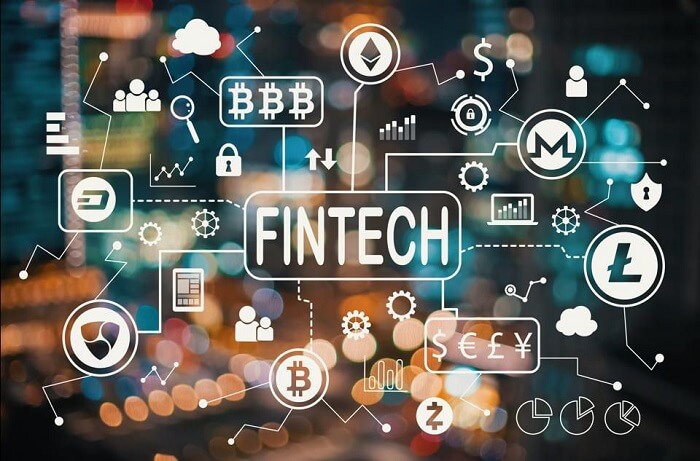 FINTECH is related to the intersection or cross-section of financial & technology space. Explicitly speaking, FINTECH innovations are the provision of financial services through the use of technologies. These innovations have been making inroads at a quiet an accelerating rate and can bring a shakeup in the banking field. Out of many examples in fintech, one of the vital examples is branchless banking such as Easypaisa, Jazz Cash, U paisa, WeChat in China, etc. These innovations can significantly reduce the demand for employees in the banking sector. 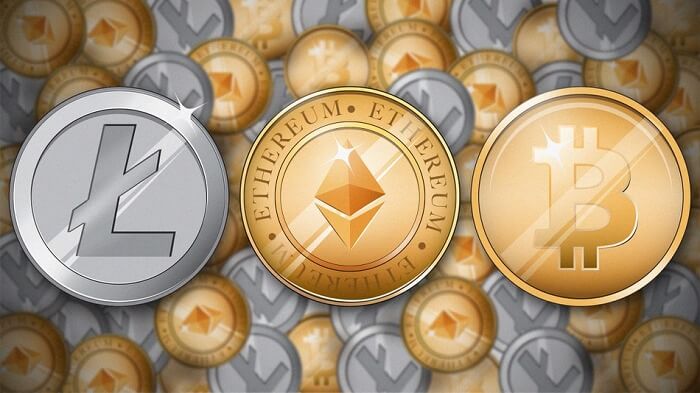 Does cryptographically authenticated currency has sufficient potential to become disruptive innovation? Fairly speaking, the answer seems to be YES and only YES… As of now, it looks too modest than the formal banking system like a particular trait of disruptive innovation at the initial stages, but in an ever-changing world, the probability is very high. 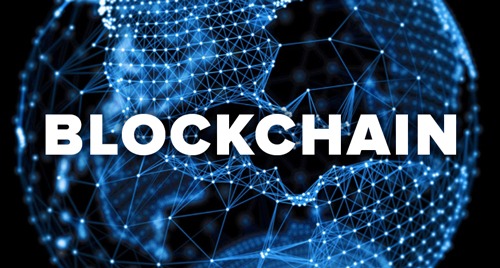 It is a decentralized, distributive ledger technology where any digital record or asset cannot be altered. Instead of copying or transferring, data, or digital information is distributed, making it more secure and transparent. It is a time-stamped series of unalterable record, and it has no central authority. Its applications can be benefited from digital IDs, crypto-currency, real estate, banking (payments and transfers), law enforcement, etc.

This innovation is playing a game-changing role in the transformation of the electric grid as Tesla has developed the largest Li-ion battery facility in Hornsdale, Australia. Tesla’s Megapack (3 MW-hours storage) can develop a clean energy 1GWh power plant under three months on three-acre land using DC-connected directly to solar. It is four times quicker than the fossil fuel power plant of the same size. Also, Tesla has introduced Powerwall with an energy capacity of 13.5 kWh for houses. Energy storage devices have great potential to disrupt energy-related industries.

Would you believe if someone tells you that Pakistan might be energy sufficient with no load shedding in the coming year? Furthermore, most of the houses producing their electricity with no running cost can, in fact, commercially sell the power to the local power supply company?

Yes! It is highly possible. With the rapidly decreasing cost of solar panels, energy storage batteries, net metering, and lesser area required to install solar energy devices. This field of the region has a high probability of disrupting a very large scale. The pace of solar installation is increasing exponentially, and if this trend continues, it can create shocks of disruption to existing power generation companies. 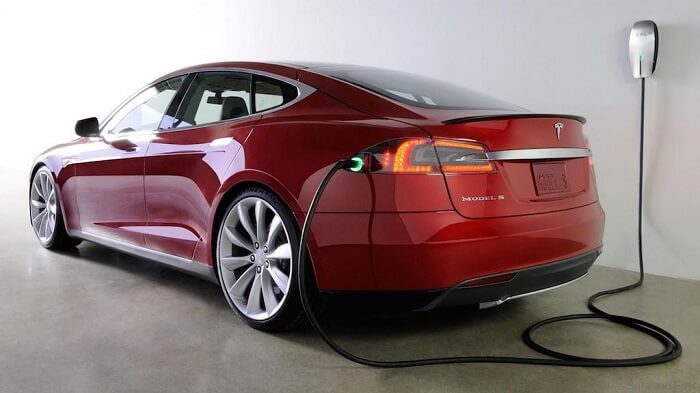 Tired of mechanical engine routine maintenance and its lots of spare parts? Don’t worry; you might soon get rid of the engine from vehicles altogether. The prediction is that by 2025, electric cars would become cheaper than the autos driven by Internal Combustion engines (Bloomberg New Energy Finance (BNEF) survey). Also, the cost of batteries decreases, and more smart batteries will enable vehicles to travel farther away. Consequently, many countries have set ambitious targets for each vehicle to have zero emissions from 2025 to 2040 (for example Norwegian government has set the goal till 2025, and it is already leading as 49.14% of newly inducted vehicles are electric). Above all, industries are increasingly establishing electronic vehicle innovation as a disruption in the field of the vehicle industry.

With decreasing cost of LiDAR’s (Light Detection and Ranging Sensors) & GPUs (Graphical Processing Units), advancement in Artificial Intelligence, and improvement in hardware, autonomous vehicles are surely going to improve the level of autonomy and safety. It has a significant potential to become an established disruptive technology soon in the car’s field as a service. Furthermore, it might lessen car ownership, solve parking issues, etc. 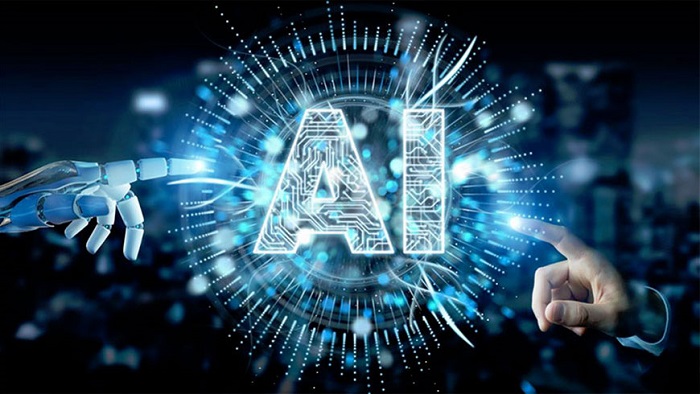 It’s one of the most important disruptive technologies and we recognize it as the fourth industrial revolution. Maybe it is the most disturbing of all that will disrupt almost every field of area. It may be related to medicine, robotics, financial analysis & services, and nearly every task that human intelligence is capable of performing and even beyond in terms of human precision. It is an evolving field and is linked to the improvement of fast computing processing as well.

With the rapid induction of robotics in almost every field, disruption is going on in many different areas. The demand for robotics is increasing due to the efficient completion of tasks because of enhanced senses. And now intelligence is also being one of the added factors. Also, nowadays industries are manufacturing different types of cost-effective robots and standardization is in progress.

3D printing has many potentials to cause disruption waves to the manufacturing sector. The electronics industry, dentistry, printed organs, and even the construction sector as houses are being written. It has vast-ranging applications and is much faster, thereby creating high chances of being a potent disruption. 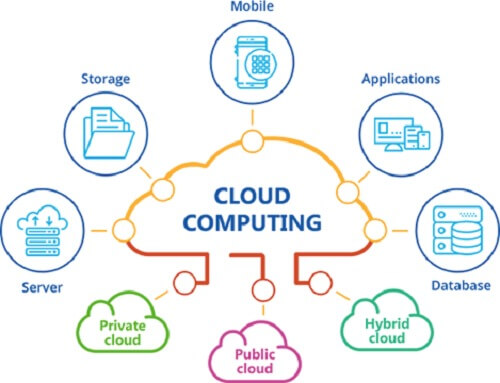 It is an on-demand computing delivery service which is disruptive to the standard practice of maintaining local infrastructure through hardware purchases, data centers, backup management, etc. It can save upfront cost, enhanced security, access anywhere, any device, and any time. Its mass adoption in the IT industry is increasingly establishing it as a disruptive technology.

The field of quantum computing has a promising chance of causing disruption in many fast computing areas. Without a doubt it will cause dramatic speed advancements to solve complex computations within hours and days. For instance, these quantum computers would be so fast that they would be able to solve complex problems in a matter of days or hours. While on the other hand supercomputers would require years of calculation. Thanks to the supercomputers, which will greatly bring a leap in the field of AI & Machine Learning, Medicine, Chemistry, Material Sciences & Engineering, Robotics, etc. 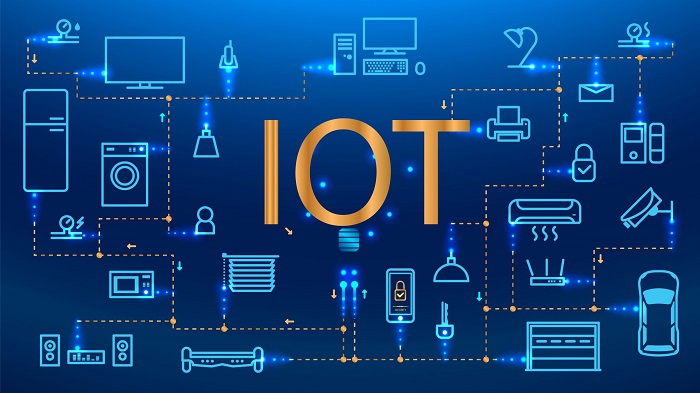 IoT has the potential to penetrate automation & technology to everything of our daily use. It can provide an immense business opportunity to develop new businesses by modifying existing market products in the field of home automation or control systems, automobiles, healthcare, manufacturing, etc.

Augmented reality is an addition of digital elements to a live view using, for example, a camera on a smartphone e.g., Pokemon Go. Virtual reality is a whole immersed experience that doesn’t exist in the real-world using VR devices such as HTC Vive. The mixture of both is known as a mixed reality that combines AR & VR elements where the real world and digital objects interact, e.g., Microsoft’s HoloLens. Another type is of an extended reality, which combines real and virtual combined environments that enhances our senses by providing additional information. Out of many fields, it can cause disruption, particularly in the retail business, healthcare, training, simulations, etc.

HOW TO DEAL WITH DISRUPTIONS

How to ride the wave of disruptions instead of going against the shock waves? 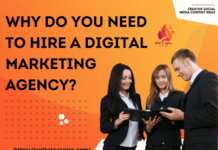 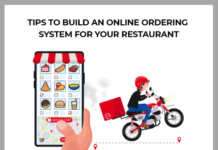 Tips To Build An Online Ordering System For Your Restaurant 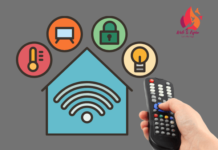